The American Express Small Business Monitor just released their quarterly report.  The use of social media has steadily increased among businesses looking to capture new users.  Below is snapshot:

It's not surprising that companies are growing their use of social media as a customer acquisition tool.  But it is most really surprising that blogging and Twitter are basically flat.  The business benefits of blogging are numerous:

For Twitter, companies might be struggling with the opportunity due the “persona” confusion. Do they Tweet either as an individual or under the company moniker?  Each has issues.  If it’s an individual or multiple individuals, how is it properly controlled across an organization?  If it’s the company persona, then it can feel a bit cold and impersonal.  Perhaps, like blogging, it’s another task being asking of employees who are already stretched thin.  My suggestion would be kill two birds: Tie blogging efforts to a Twitter account.  Many services do this such as Hootsuite allow you to auto-publish a Tweet alerting followers to a new blog post.

The real message I get from this report is that this is a huge opportunity for companies to start blogging!  Much of the competition certainly hasn't identified the business benefits of blogging and Tweeting. 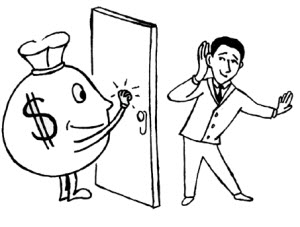 Optimize 3.0's blog is your source for helpful inbound marketing tips and advice.  Be sure to subscribe to stay up to date with the latest posts.